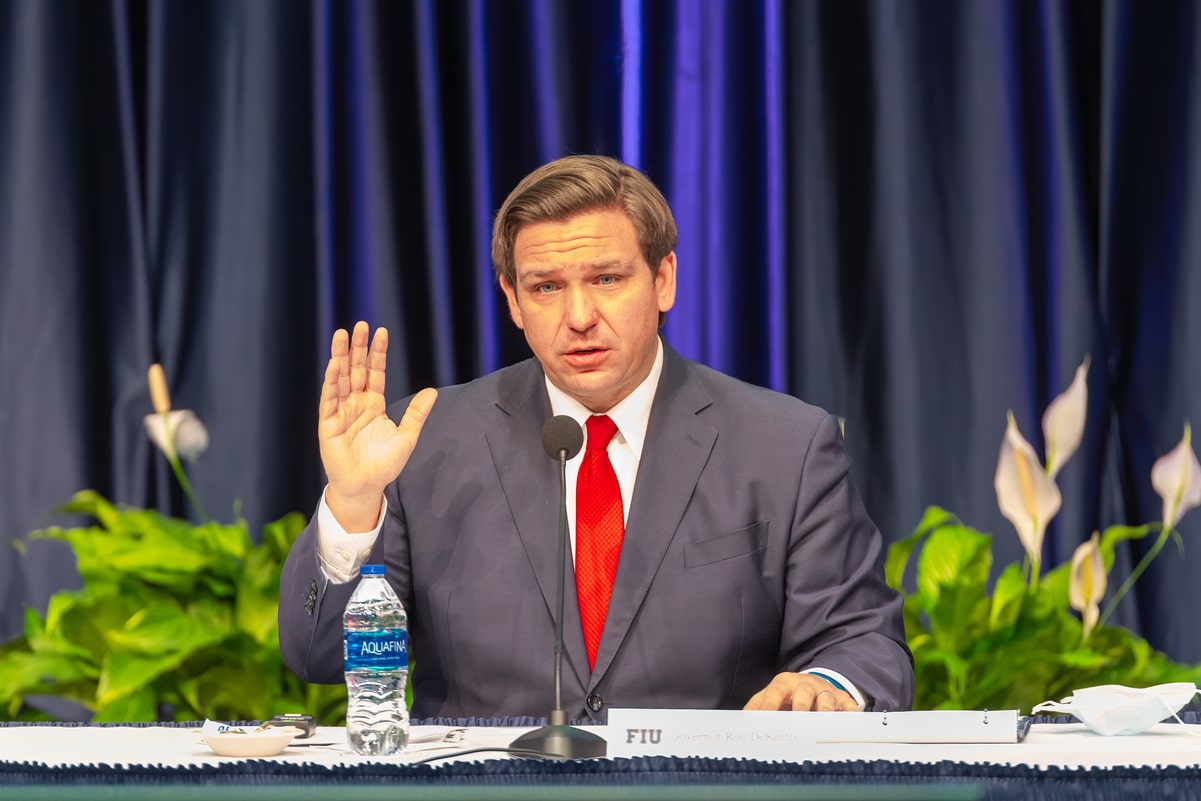 A bill that would ban flavored e-liquids in Florida, negatively affecting the state’s 800,000 vapers and 5,000 vaping-related jobs, could be sent to Governor Ron DeSantis’ desk any day now to be signed into law.

The bill has been delayed due to the current crisis. There is no indication whether the Governor will sign or veto the bill, as either action could upset important DeSantis allies.

SB-810 began life as a bill to raise the age limit to buy tobacco and vaping products to 21, something that vaping advocates are in favor of. DeSantis himself has also previously stated that he was in favor of raising the legal age. This was in 2019, before President Trump and Congress passed a bill that raised the age limit nationwide to 21, which made the bill redundant.

Regardless of the federal bill, the Florida legislature went ahead with the bill to raise the age limit. They also amended the bill to add restrictions to the sale and purchase of flavored e-liquids.

This section of the bill was added in early 2020 as a response to the outbreak of a vaping-related illness that was sweeping the country at the time.

The current legislation is a pared-down version that would have put more onerous restrictions on vape shop owners and manufacturers. Sen. David Simmons, R-Altamonte Springs wanted to add a provision to the bill that would have hooked vape retailers with a $50-fee to operate. That version of the bill also sought to classify vape retailers as purveyors of tobacco products.

This classification would’ve meant that they would be subject to the same oversight as tobacco retailers, and also face more damages for selling to underage users. Fortunately, that amendment to the bill died in committee, but the provision banning flavors, Section 6, Part (5)(a), is still a part of the minimum age limit bill.

The Pros of the Bill

The section that was added to the bill aimed at flavored e-liquids grew out of two concerns.

While 87% of Florida teens say they will never smoke, over 16% of those same respondents said that they had vaped within the last thirty days.

The rise in underage vaping is also troubling. 9.1% of middle-schoolers admitted to vaping in 2019, which is up from only 7.1% the previous year.

The Downsides of the Bill

Signing SB-810 into law would have grave economic consequences for Florida businesses and Florida vapers. The bill will effectively side-line the industry. It would severely limit the options adult vapers have to only tobacco and menthol, which, as a NY Times editorial argued, would force them back to harmful cigarettes.

Not only would vapers be forced back into smoking cigarettes, which are still deadlier than any e-cigarette, but the black market would also flourish and we would see the same types of off-brand, copy-cat products that caused the first outbreak of vaping illnesses around the country.

Black market products were something Gov. DeSantis was also mindful of when asked, during the height of the EVALI outbreak, if he would institute a statewide flavor ban

The problem is, if you ban the normal stuff in the store, that could push more people into those dangerous things

Could Go Either Way

No one is sure what will happen with bill SB-810. Gov. DeSantis has variously voiced his support for the vaping industry, while also supporting more legislation of the industry. At a time when all Floridians are facing economic hardship, it makes no sense to make it harder for small businesses to make an honest living.

The Governor has not issued any recent statement regarding the issue, but watchers at the State Capitol believe that SB-810 could, any day, be included among the small batches of bills the governor signs into law each day. It is only due to the current crisis that the bill has been stalled, as it has already passed both the Senate and House and needs only DeSantis’ signature to become law.

I love the written word, and in my career as a journalist, I strive to provide the facts about everything I write about. There are too many false and alarmist stories out there about life and vaping mainly. My mission is to make e-cigarettes less scary to people with informative articles and extensive research on not only the possible evils of cigarettes and Big Tobacco, but the objective side of e-cigs.

US FDA Extends Deadline for New Cigarette Warnings Once Again

USPS Mail Ban of ENDS Could Also Include Hemp Products

US FDA Extends Deadline for New Cigarette Warnings Once Again

USPS Mail Ban of ENDS Could Also Include Hemp Products

​Uwell Caliburn Review | Will it Take The Crown?

ABOUT US
Vaping Herald brings you latest vaping news from around the globe in multiple languages!
Contact us: info@vapingherald.com
MORE STORIES